While shopping for a high-quality CBD product, something worthy to look for is products that contain Full (or Broad) Spectrum CBD. Full (and Broad) spectrum CBD includes not only the cannabinoid known as CBD (Cannabidiol), but also CBC, CBG, CBN, and the chemical compound, CBDA.

There are over 100 different Cannabinoids found in the Cannabis plant. It (Full Spectrum) can include very small amounts of THC.

CBC, CBG, CBN, and CBDA are other Cannabinoids that are found in Full Spectrum CBD products. They all help relieve ailments and help your body operate at its best.

CBC, also called Cannabichromene, is used for the treatment of anxiety, pain relief, stress, and inflammation. It also has effective anti-tumor and anti-viral properties. Studies have recognized that this particular cannabinoid has sedative qualities, promoting relaxation and tension release.CBC like THC and CBD comes from Cannabigerolic acid (CBGA). Cannabis plants produce CBGA which is the precursor to the popular cannabinoids. Tetrahydrocannabinolic acid (THCA), Cannabichromene acid (CBCA), and Cannabidiolic acid (CBDA). CBC has been demonstrated that CBC improves the pain-relieving effects of THC.

CBG, or Cannabigerol, is a commonly found cannabinoid in cannabis. It is non-psychoactive. CBG has been shown to demonstrate both pain relieving and inflammation reducing effects. Researchers have found that CBG reduces intraocular pressure, associated with glaucoma. It has also been shown to have antibiotic properties and to inhibit platelet aggregation, which slows the rate of blood clotting.

CBN, or Cannabinol, is an oxidative degradation product of THC. It may be caused by improper storage or curing and extensive processing. It forms when THC is exposed to UV light and oxygen over time. CBN contains some psychoactive properties, about 10% strength of THC. Some researchers believe that CBN enhances dizziness and disorientation effects a user may experience. Research has also found that is reduces heart rate and may cause feelings of grogginess.

Cannabidiolic acid, or CBDA, is a chemical compound found in the trichomes of uncured cannabis plants. CBDA is the precursor to CBD and breaks down from its acid form to CBD when it becomes heated and aged. This process of converting CBDA to CBD is known as decarboxylation or decarbing.

Early research has shown that CBDA is more effective than activated CBD at easing nausea and vomiting in rats and shews. The cannabinoid activates a receptor in the brainstem known as the 5-HT1A receptor, and it is one of the numerous serotonin receptors found on the surface of the cells in humans and animals. Serotonin is the neurotransmitter known for its role in depression, but it is believed that it plays a role in nausea and vomiting. This particular study that was done on the rats and shews showed that the activation of this cell receptor spiked after treatment with CBDA, which leads to why the acid was so effective at stopping the vomiting and nausea behavior.

Research has also shown potential in anti-cancer properties through multiple studies since 2012.Consider all these qualities that each of these cannabinoids contains, as they are all put into one product for consumption. This should help a person understand how powerful Full Spectrum CBD products really are, with research only continuously proving more benefits of CBD as time goes on.Sources: 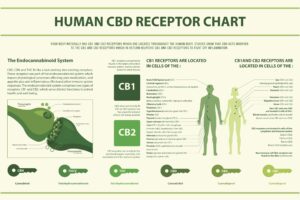 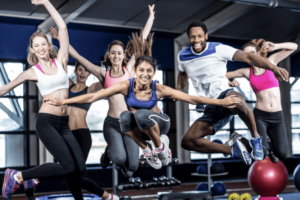 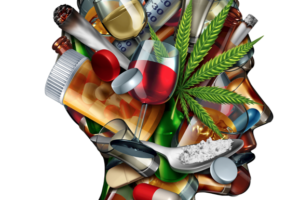